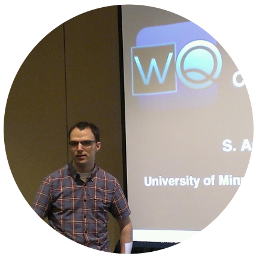 We present wq, an open-source framework for developing robust applications allowing volunteers to collect geographic information (VGI) in the field. Successful VGI applications have been deployed in various contexts, but much of the effort that is put into common programming tasks cannot be re-used, often because the application code is too closely tied to the problem domain. User-friendly campaign authoring tools are being explored as ways to facilitate the rapid deployment of VGI applications, but many of these tools necessarily enforce a restricted vocabulary of interface elements and database models, limiting their usefulness for more complex VGI project workflows. In contrast, we propose a highly modular, open-source approach that enables reuse of general-purpose components created to facilitate common design patterns -- without enforcing any hard limitations on the database model or interface. The framework builds off of and extends numerous existing open-source projects and leverages open standards (e.g. HTML5), which means it will work across all popular mobile devices as well as desktop browsers. The ideas behind wq arose from our ongoing efforts to generalize an existing data collection application initially created for community-based stream quality monitoring. In this paper we justify the design decisions made in creating wq and suggest general principles that should be taken into consideration when designing systems for collecting, storing, and utilizing VGI. 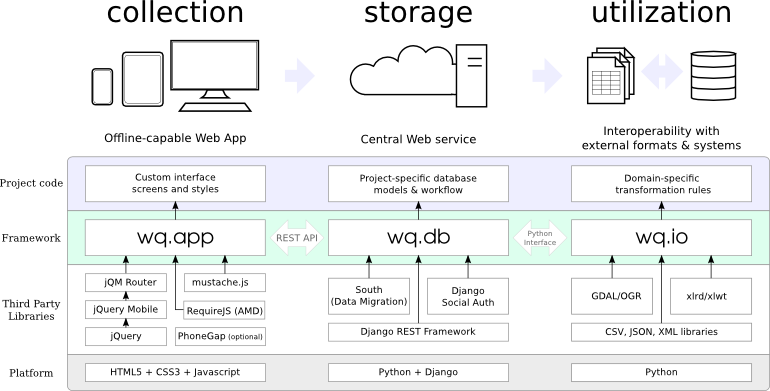